It’s been a century since the Bauhaus design movement was born, and its influence continues to resonate across contemporary culture.

Of all the major milestones left uncelebrated during the coronavirus pandemic, the centenary of the Bauhaus movement is among the most unfortunate. Established in Germany between the world wars, this seminal chapter in modernist architecture has emerged as a blueprint for contemporary design worldwide, from Europe and the Americas to Australia and East Asia and especially the Middle East. 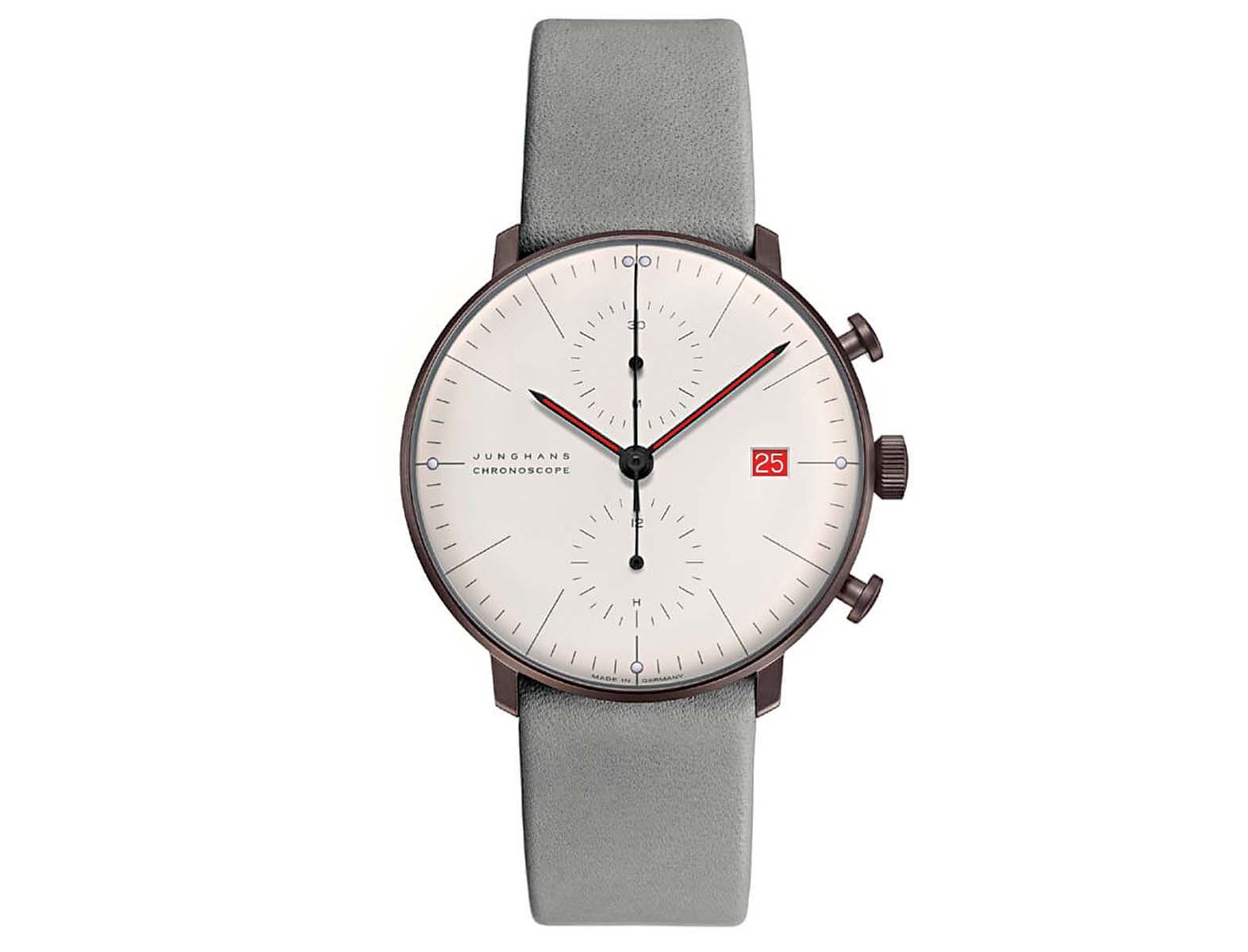 Founded in 1919 in the historically rich city of Weimar, by architect Walter Gropius, the Bauhaus movement lasted a mere 13 years until it was crushed by the rising Nazi regime in 1933. But while the Bauhaus was short in duration, its core philosophy of “form follows function” has had a major influence on the century of contemporary design that followed, thanks to the movement’s sheer comprehensiveness. And while folks may view the Bauhaus mostly as a distinctive architectural style, its aesthetic encompasses virtually everything — from furniture and ceramics to visual art and product design, as well as fashion and fashion accessories. 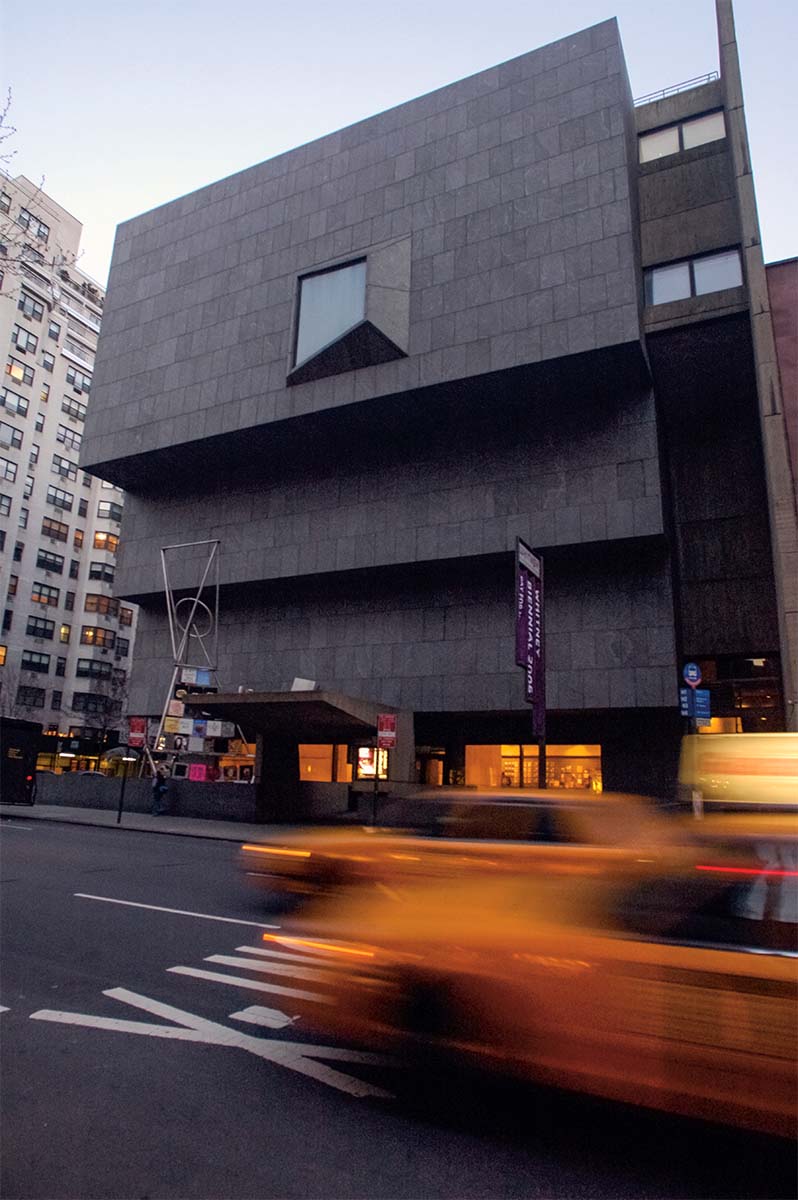 Featuring clean lines, geometric shapes, unfussy façades and unpretentious ornamentation, the Bauhaus perfectly encapsulated the futuristic and forward-thinking ethos of the early and mid-20th century. Now, 100 years later, these Bauhaus core tenets are being given new life, as the design world — if not the world in general— looks toward the future and repositions itself in the wake of a global pandemic.

On a grand scale, the EuropeanCommission (the European Union’s executive branch) launched the new European Bauhaus (NEB) initiative earlier this year as part of its €750-billion coronavirus recovery plan. Over the coming years, the NEB will pair the original Bauhaus movement’s progressive thinking with decidedly 21st-century (and pandemic-era) values, such as inclusiveness, sustainability and social justice activism. 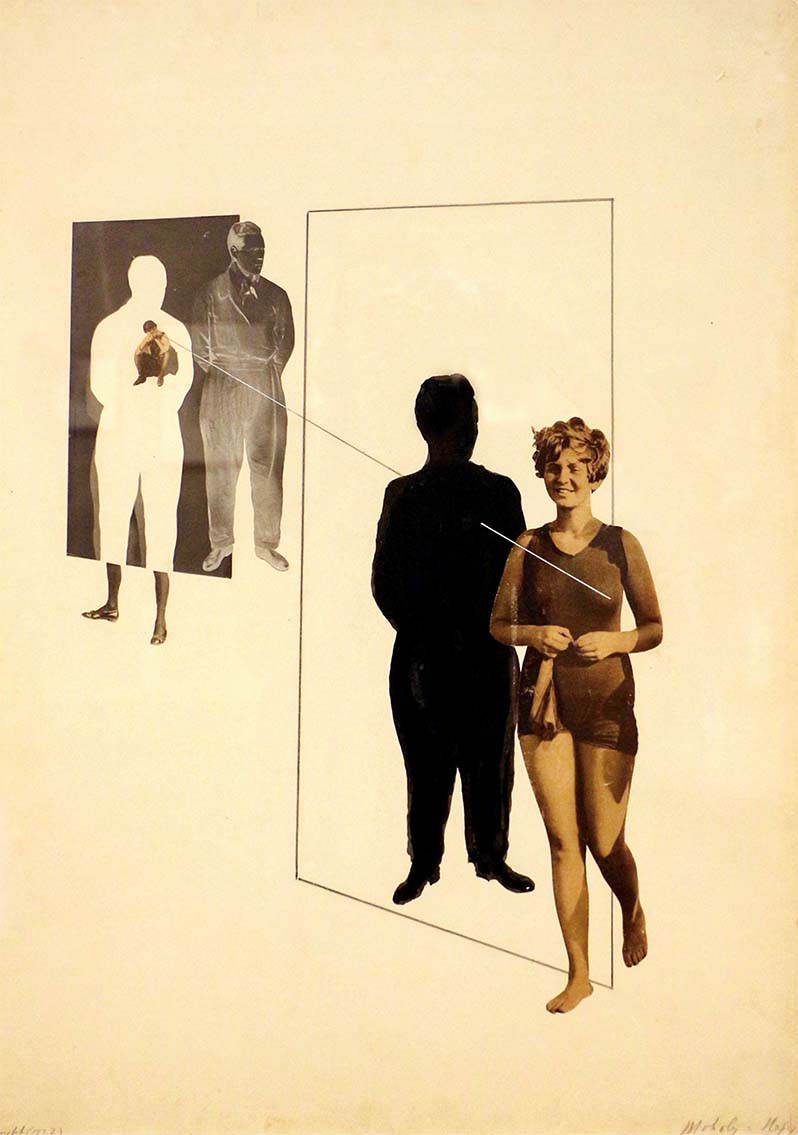 Part think tank, part design lab, part economic accelerator, the NEB — though still in its infancy — will leverage the collective brainpower of architects, scientists, engineers, designers and students to tackle core issues, such as global warming, economic inequality and the digital divide. Already, the endeavour has revealed its debut class of 60 NEB Prize winners of 2021 — a truly pan-European lot whose innovative projects include prefabricated building design in Austria, elevated garden design in Spain, and open-air museum design in Italy and new forms of housing in Denmark for people experiencing homelessness.

Across the Atlantic, new takes on Bauhaus basics are also gaining traction. Take typography — yes, typography. With their distinctive shapes and precise scale, fonts make for an ideal repository of Bauhaus ingenuity, which is why, perhaps, San Francisco’s prestigious non-profit museum and library, Letterform Archive, opted for “Bauhaus Typography at 100” for its inaugural exhibition (November 2021 –April 27, 2022).

The show — Letterform Archive’s first since its pandemic-era reopening —features some 150 pieces from its permanent collection, including seminal graphic design by Bauhaus bigwigs László Moholy-Nagy, Herbert Bayer, Joost Schmidt, Paul Klee, Wassily Kandinsky and Johannes Itten. Focused on the lesser-known impact of the Bauhaus movement on graphic design and typography, the exhibition also demonstrates how that impact is still both relevant and useful in today’s world. 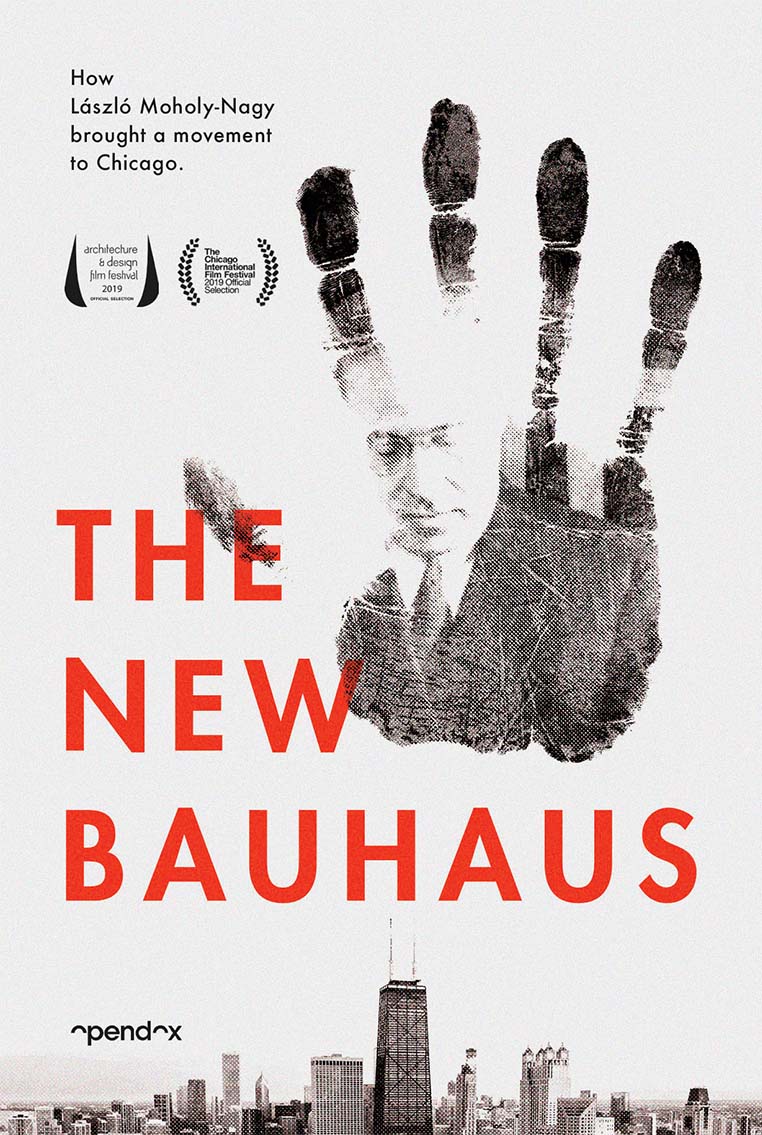 Meanwhile, on a different front — one that’s decidedly more in sync with the future— the Bauhaus is advancing to streaming-platform options. Shelter, launched in July 2020, has elevated Bauhaus content withThe New Bauhaus documentary, which pays homage to key Bauhaus protagonists, most notably Moholy-Nagy. This revered Hungarian artist and photographer helped establish the original Bauhaus in Europe and propel its renaissance in the United States following his emigration in 1937 to Chicago, where he established, two years later, the school of Design.

[Breuer’s] bold, large-scale buildings projected the persona of the heroic architect paving the way for the future of global modernism,” says James Crump, who directed the film and authored its accompanying book, Breuer’s Bohemia: TheArchitect, His Circle, and Midcentury Houses in New England (Monacelli Press: 2021).“The houses that he designed for a small cadre of clients, whom he would also count as friends, arguably define his essence as an architect.” Also noteworthy is the Armstrong Rubber Company’s former headquarters in Connecticut, designed by Breuer in 1967. The iconic ModernistBrutalist, Bauhaus-tinged building is now being reborn as an eco-conscious, net-zero165-room hotel, called — what else? —Hotel Marcel, is operated by the Hilton chain and is scheduled to debut in spring 2022. 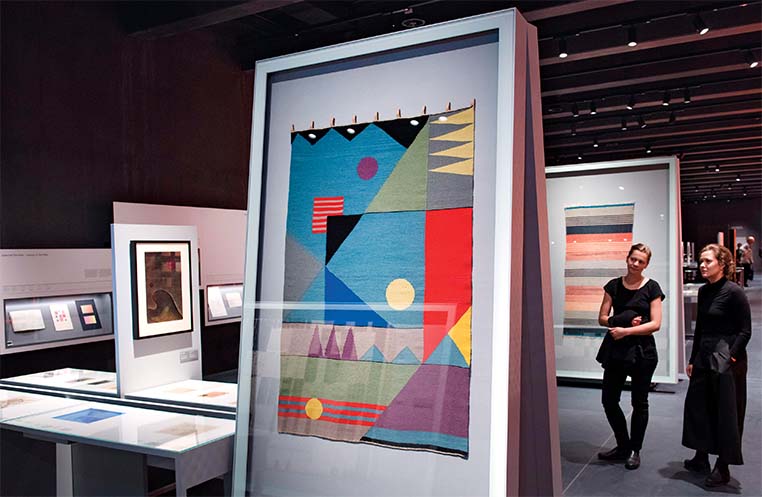 On a more quotidian level, Bauhaus-inspired design and cultural trends continue to permeate both the home and the workplace. In the latter, for instance, software and digital business giant Adobe recently revealed its back-to-Bauhaus endeavour — a series of visually riveting Bauhaus-based designs, fonts and patterns intended to inspire digital creators. Shea Molloy explains the 2021 Bauhaus design trend. “You can see an echo of the Bauhaus ethos in PSAs, political campaigns and murals, [along] with the way designers are employing data visualizations to share and support political messaging,” says Molloy, who leads Adobe Stock’s vectors and illustrations development.

Meanwhile, in-real-life (IRL) creators now have access to legacy-defining designs by the often-overlooked female figureheads of the Bauhaus movement, like Gunta Stölzl and Anni Albers, whose works have been transformed into eye-catching textile patterns by the New York-based applied materials manufacturer Designtex. Titled“The Bauhaus Project,” the series highlights eight upholstery textiles and eight digitally printed wall coverings based on key pieces by Albers and Stölzl, who served as head of the Bauhaus weaving workshop in the late1920s. “As textile designers, the work of the women weavers of the Bauhaus looms large. They were responsible for introducing a new way of thinking about textile patterns and construction, moving from the decorative figuration of art nouveau to an abstracted vocabulary that celebrated colour and the inherent qualities of the materials themselves. These women have inspired all of us in the studio and we felt that it was time to celebrate their work,” says Designtex president Susan Lyons. “For us, the work of both Anni and Gunta exemplified what was remarkable about the work that came out of the weaving workshop and it was a privilege to spend time with their archives.”

And then, there is fashion — perhaps the most ubiquitous and accessible design realm of all. Here, the Bauhaus also continues to make an impact with new products deeply rooted in the movement’s DNA. TheGerman timepieces manufacturer Junghans Uhren, for instance, recently released its new, Bauhaus-inspired Max Bill watch collection — minimalist, sparely designed pieces created by Max Bill, an original Bauhaus-era artist who actually designed for Junghans in the 1960s.

The Max Bill watches, available in widely ranging styles, colours and prices, clearly reference key aesthetic tropes that reflect both the Bauhaus and Bill’s unique contribution to the movement. The principle of “form follows function” prevails in their bold, yet simple, design, encapsulating the enduring appeal of a movement whose minimalist, the meritorious ethos has remained relevant through time.

By Chris Taylor –  *This article originally appeared in INSIGHT: The Art of Living | Spring 2022.

Walking the Runway | Design Ideas to Enhance Your Hallways