Victoria may be located on Vancouver Island, but it’s a city with British roots: red double-decker buses, horse-drawn carriages, and blooming flowers reminiscent of stately English gardens dot its streets and thoroughfares.

Though its landmarks may not have the same length of history as St. Paul’s Cathedral, the city’s architecture—displayed in the free classical Parliament Buildings and the Châteauesque Fairmont Empress Hotel—is a definite draw, with century-old houses nestled beside contemporary builds. Many of the best neighbourhoods in Victoria are actually their own small towns, as the Greater Victoria area has resisted amalgamation over the years.

Oak Bay and the Uplands

Situated to the east of downtown Victoria, the town of Oak Bay personifies Victoria’s historic charm. Its picturesque streets are lined with galleries (Eclectic Gallery, The Avenue Gallery, Winchester Galleries), London-esque pubs like the Penny Farthing, fine-dining stops such as The Dining Room at the Oak Bay Beach Hotel, and plentiful gardens, beaches, and parks. Oak Bay Marina and the Royal Victoria Yacht Club draw mariners of all stripes.

The Uplands area is Oak Bay’s prime real estate. Designed by the famous architect John Olmsted, it holds some of the most sought-after luxury property in Canada—many with water access, conveniently close to schools, cafés, and parks as well as the unmatched ocean vistas. 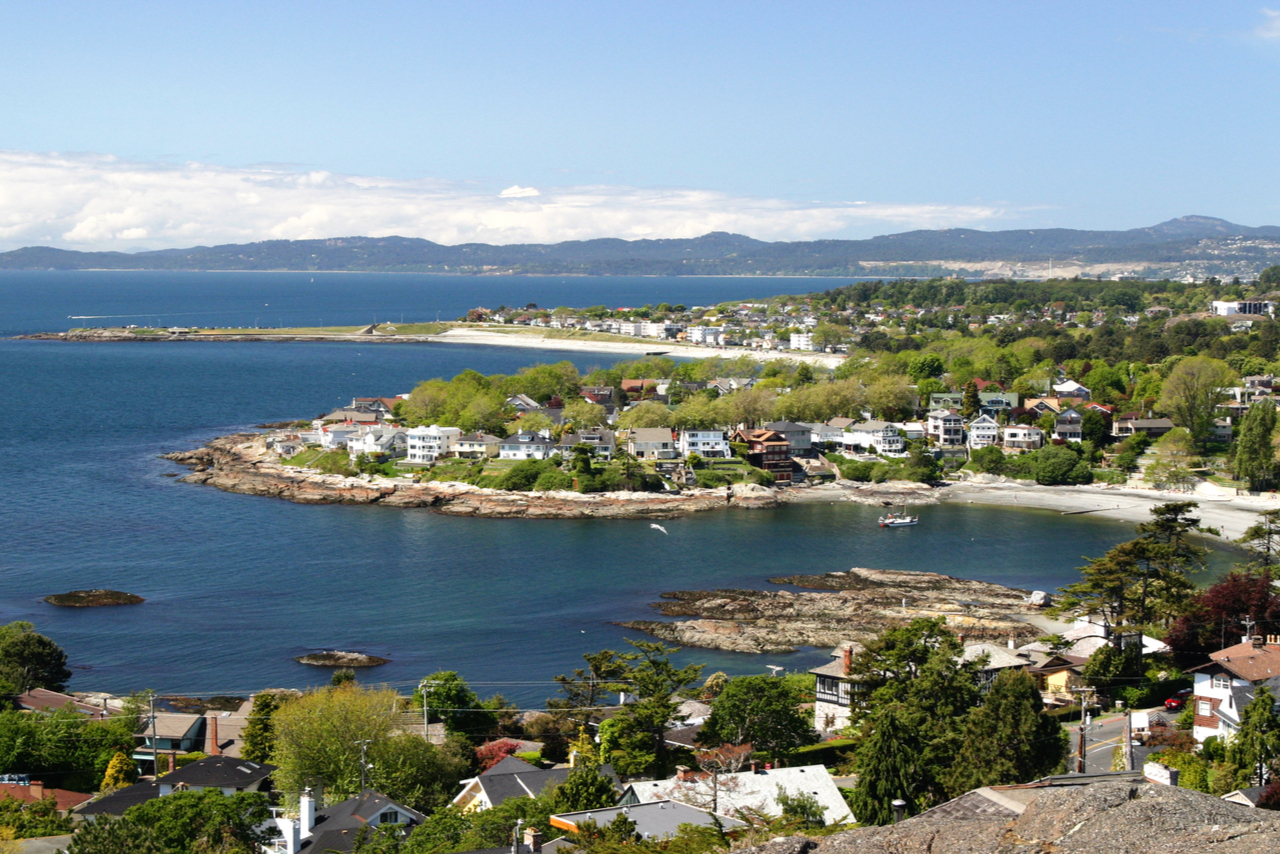 On the south edge of the downtown, the elegant Victorian homes and modern luxury condos of James Bay are neighbour to the Fairmont Empress Hotel—a perennial favourite among tourists and residents alike. Properties feature storybook details including spires, truss work, and wraparound porches. One such home is Carr House, once the residence of beloved Canadian artist Emily Carr. Residents of James Bay can spend the day strolling the shops and restaurants of Fisherman’s Wharf, or biking to one of the neighbourhood’s scenic parks. 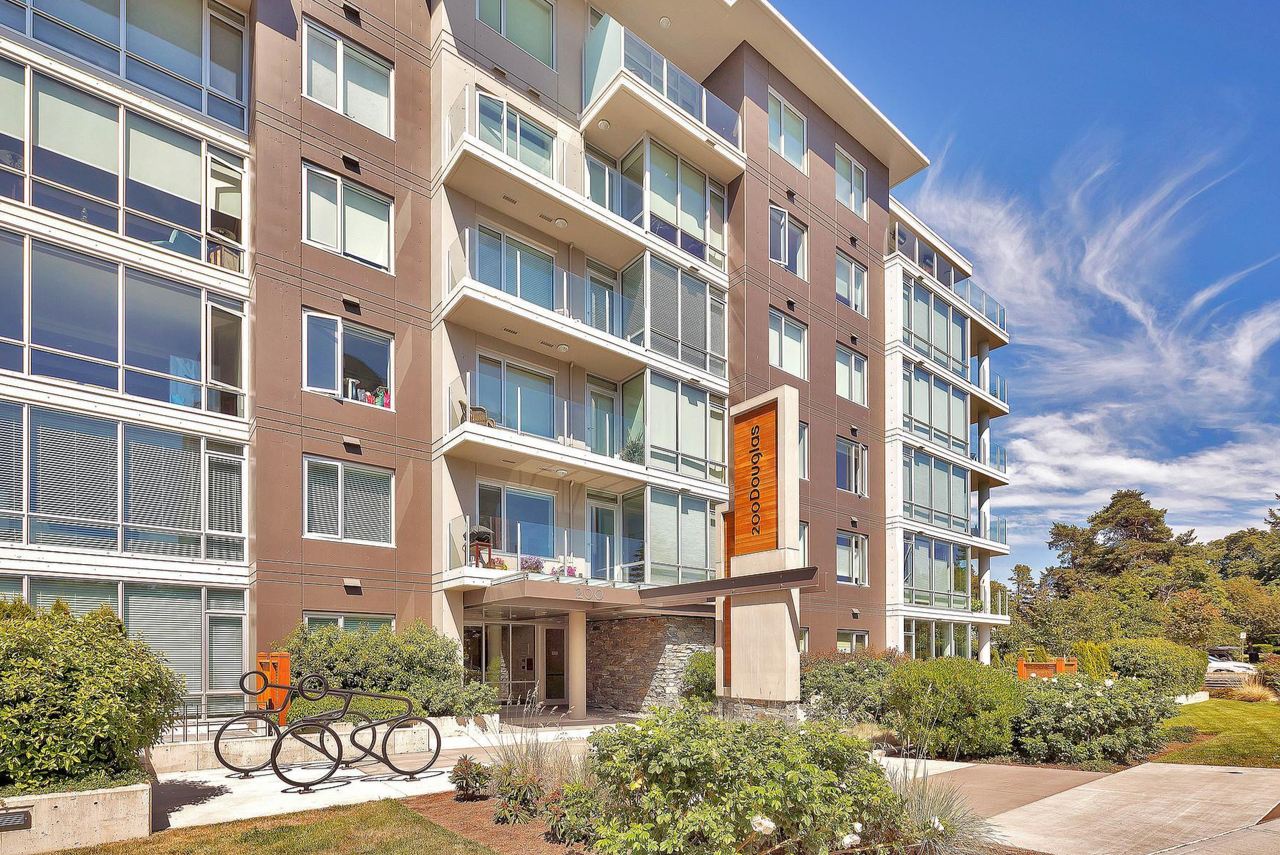 From the expansive gardens and lagoons of Beacon Hill Park to the famed flight point that is Clover Point Kite Park, Dallas Road connects the dots of green spaces, oceanside walkways, and casual neighbourhood pubs between the communities of Fairfield and Gonzales.

Fairfield’s best-known property is Government House, the residence of British Columbia’s Lieutenant Governor—its garden is open to the public free of charge and makes for a scenic walk. The most striking properties are near the coastline, where the Strait of Juan de Fuca weaves past and leafy trees line the streets. Historic Ross Bay Cemetery, Cook Street Village, and the Moss Street Market round out weekend wanders, and Gonzales Bay Beach beckons residents to swim and enjoy the sun. 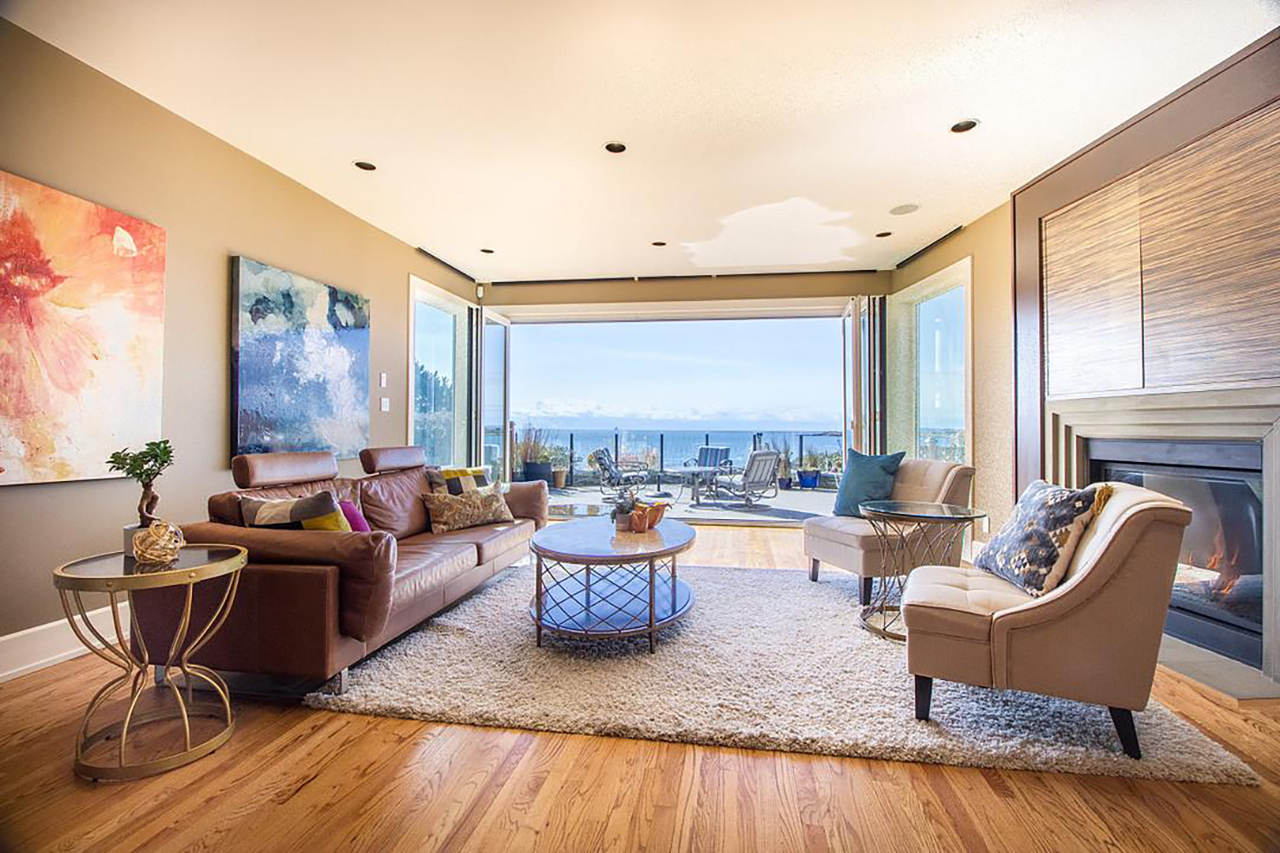 Victoria residents can thank celebrated late-19th-century architect Samuel MacLure for the beautiful stone walls that surround the Arts and Crafts–style mansions of the Rockland neighbourhood. Situated to the north of Fairfield and Gonzales, Rockland is stately but evolved, with expansive gardens and Tudor homes creating a peaceful oasis along the streets that lead downtown. Visit the stunning Craigdarroch Castle for an incredible glimpse into Victorian life, a perfect outing for a West Coast rainy day. 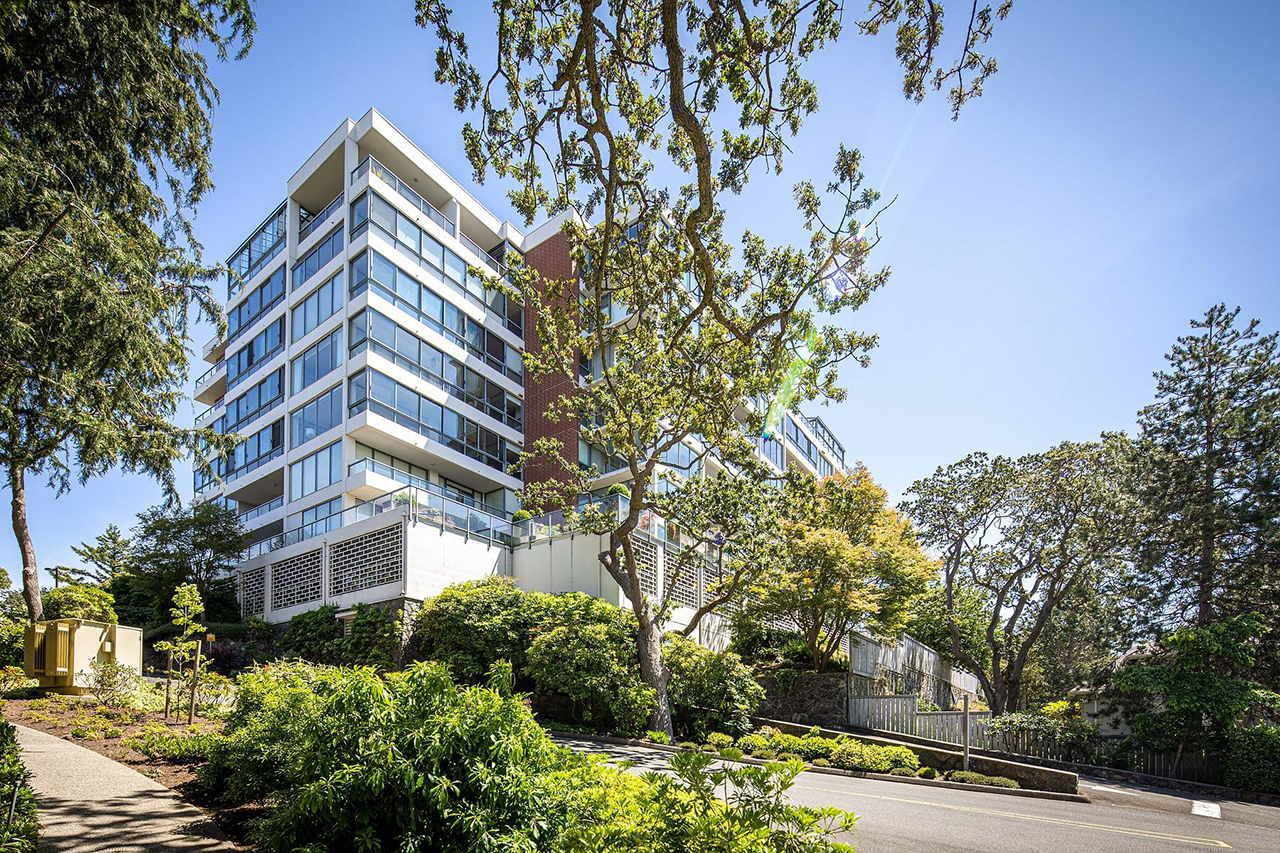 For a small-town feeling in the midst of the city, look to Cadboro Bay’s upscale neighbourhoods, including Queenswood, Cadboro Bay Village, and Ten Mile Point. The village centre features a selection of shops and services, as well as seasonal entertainment. A huge rhododendron collection at Finnerty Gardens will delight in the spring, while the year-round beauty in Gyro Park welcomes families and the solo visitor alike.

Cadboro Bay is also home to the Royal Victoria Yacht Club. While you’re there, scan the wild waves for the mythical Cadborosaurus sea monster. 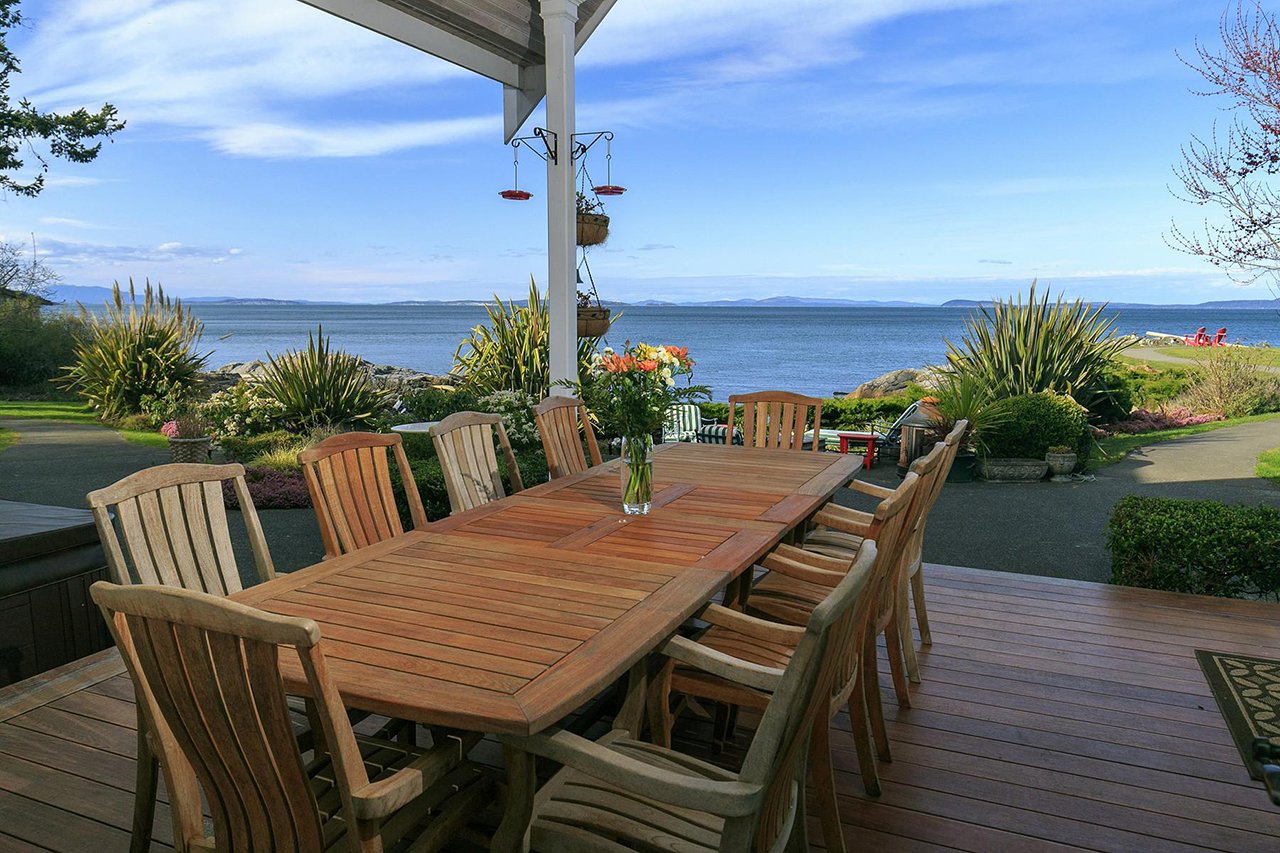 Once an industrial area, the Songhees has been built up over the past 10 years and is now home to inspiring condo developments along the water. A five-minute drive over the bridge to downtown, the Songhees is the perfect place for residents to drink a cold pint at the local Spinnakers Pub, walk or bike the extensive Galloping Goose trail, and commute downtown on foot. This neighbourhood is still considered up-and-coming, lacking a traditional village centre, but it more than makes up for it with stunning Inner Harbour views.

Vancouver Island’s biggest municipality is home to historical properties and estate homes ready to win over new residents. The distinct neighbourhoods, rich gardens, and living history make Victoria a coastal city worth coming back to year after year.

Browse listings in Victoria and find your next island retreat.