Portugal has been breaking tourism records several years running — up nearly 13 percent in 2016 over the year before, according to the Instituto Nacional Estatística in Lisbon. There are many reasons why the country is a magnet for visitors — a diverse culture, a reputation as a safe travel destination and rich historical legacy, all of which appeal to a variety of tourists.

But it’s the discerning travellers, seeking a unique adventure away from the urban bustle of Lisbon and the crowded sunny beaches of the Algarve who can really make the most of their trip — if they venture off the beaten path and into the Douro Valley.

Designated as a World Heritage Site by UNESCO nearly two decades ago, the Douro Valley (douro translates as “gold”) is the renowned wine region in the north. 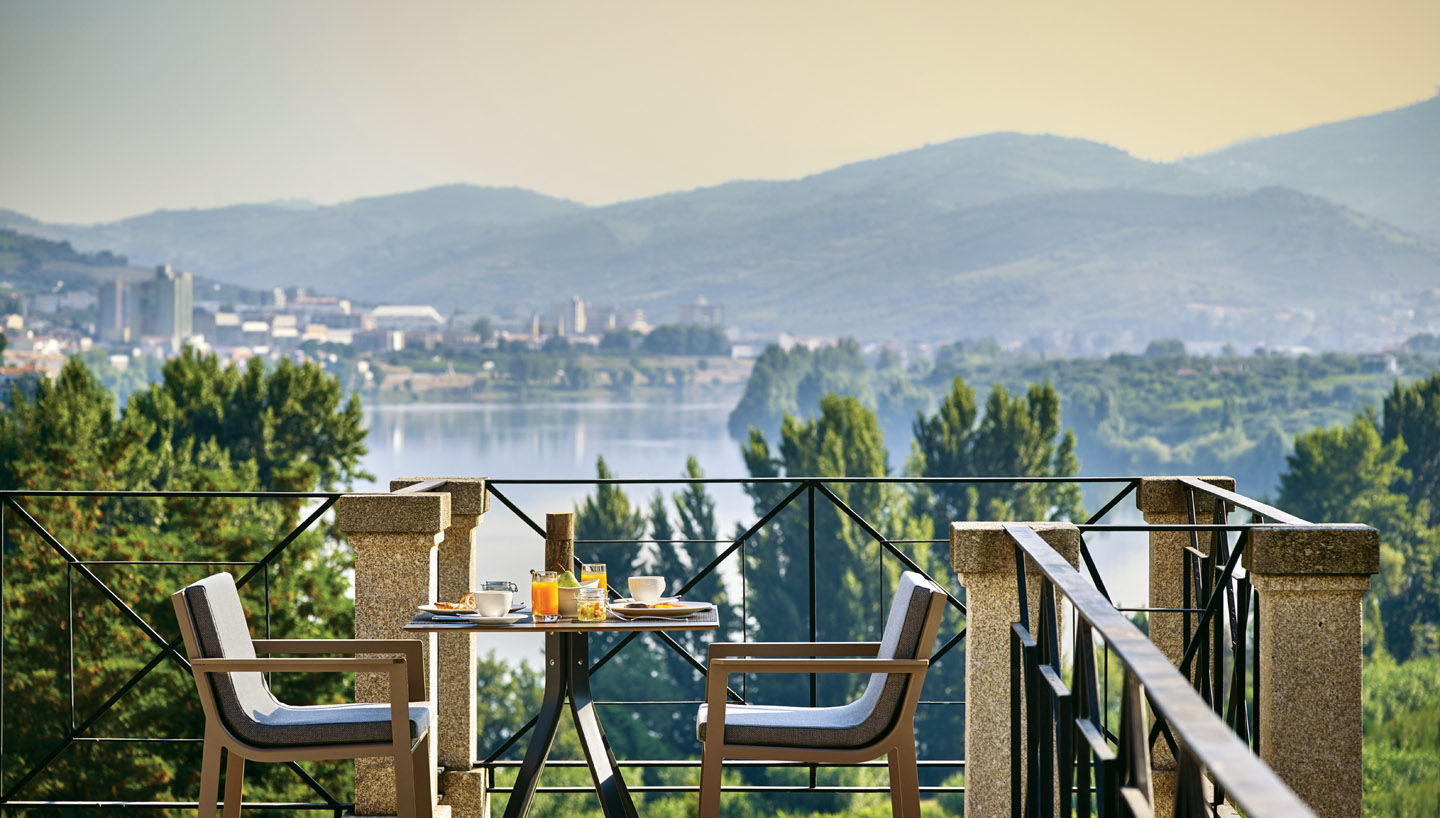 Portugal is the 10th-largest wine producer in the world, and nearly 25 percent of its output comes from the Douro Valley in the form of port and DOC wines (the country’s top wine region classification). The Douro region, also known as the Alto (“high”) Douro, is considered the world’s oldest demarcated wine region, with evidence of wine production dating back some 2,000 years.

The region is located along the bend of the Douro River, which runs from northern Spain in the east to Porto — formerly the capital of Portuguese and birthplace of port — in the west. Start your journey in Porto and venture to the Douro region by riverboat cruise, helicopter or car or perhaps a combination of all three. 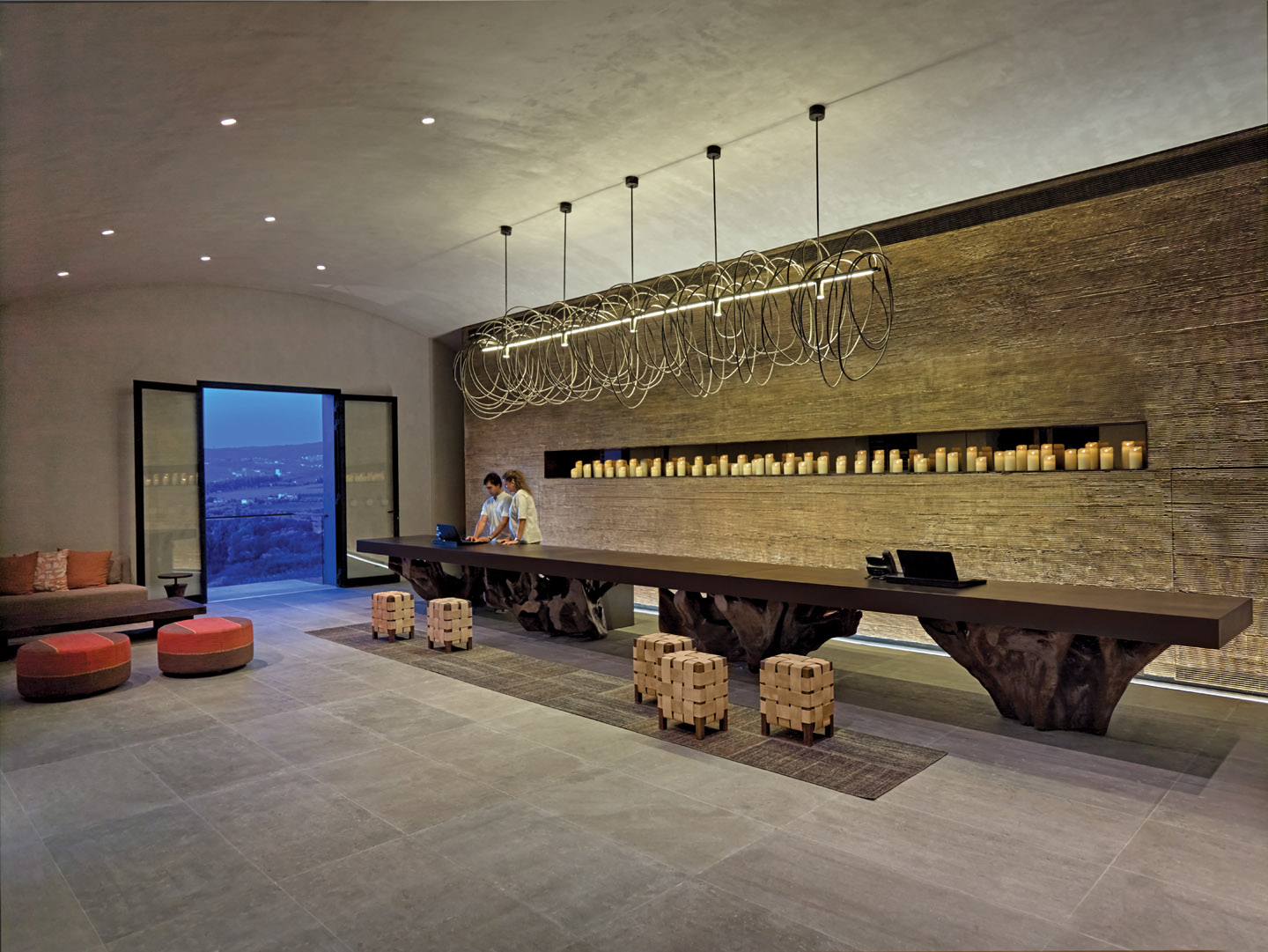 Lodgings range from small family-run winery hotels to rustic hillside resorts, but the gem of the region is the Six Senses Douro Valley (a 90-minute drive from Porto) — a luxury hotel and spa that opened its doors in 2015 under the Six Senses resort chain. Six Senses (voted the world’s best hotel brand in 2017 by Travel + Leisure readers) bought and renovated the 19th-century property to fit in the company’s eco-conscious ethos. The resort itself received Conde Nast Traveler magazine’s Readers’ Choice Award as one of the top 25 European resorts in 2016.

The 22-acre river-front property welcomes visitors into a modern-day oasis immersed
in an old-world model of sustainability. Nick Yarnell, the resort’s general manager, points out that the local quintas (“vineyards”) have been in the region for generations, and because of the remote location, they have managed to be largely self-sufficient in everything from food to fuel. Following in this tradition, the dining room’s vegetables and herbs are harvested from the resort’s organic garden, which is fertilized by compost on-site. 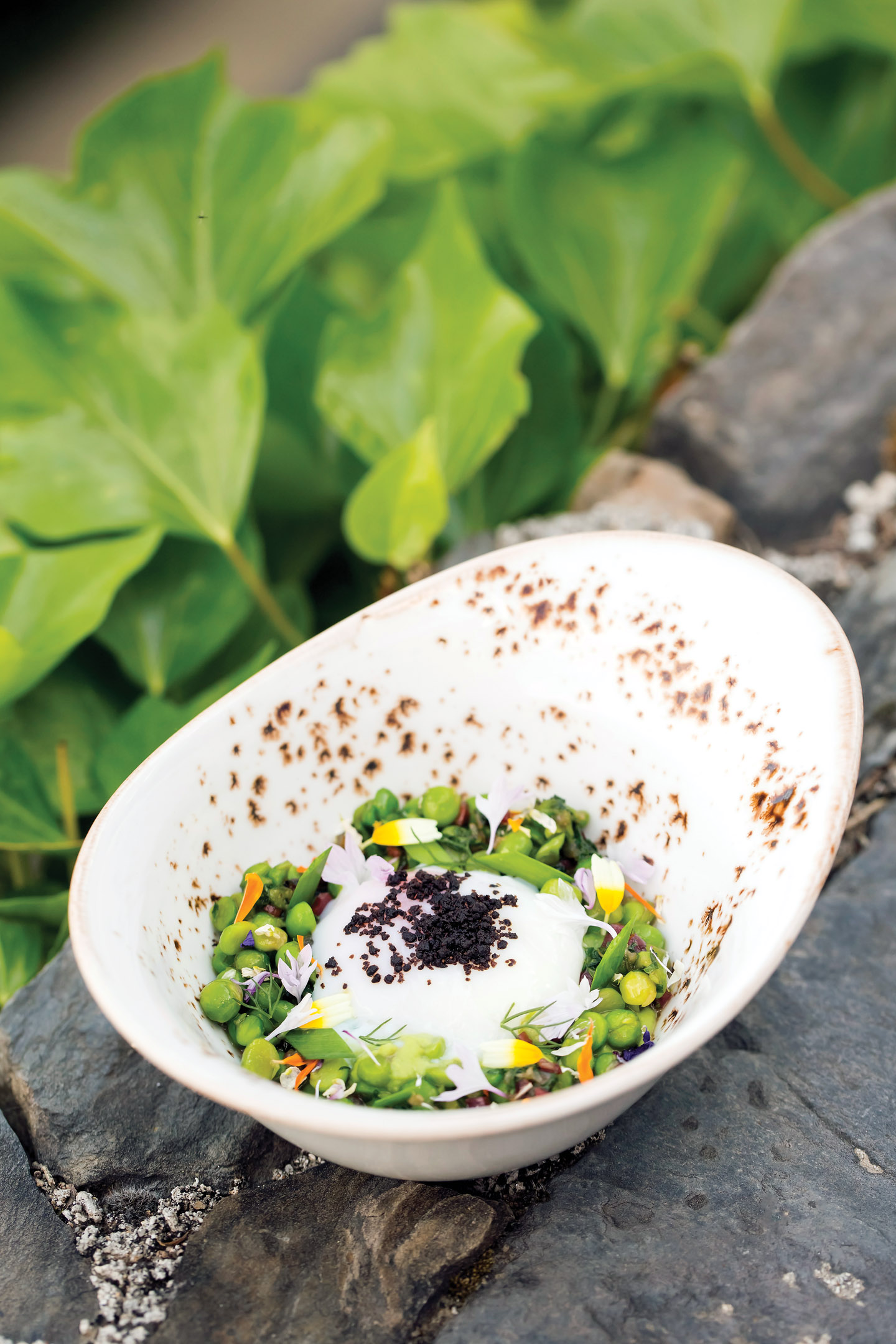 The resort’s commitment to sustainability is also evident in the décor: Rooms feature a neutral palette that evokes the resort’s natural setting. Certified wood, along with recycled, renewable local materials, prevail throughout — such as cork ceilings and bathroom countertops made of Portuguese limestone.

Guests can avail of the resort’s sumptious full-service spa and plenty of outdoor activities, from tree climbing to mountain biking, but the real draw is in the lush landscape and opportunity to immerse yourself in the rich local history of port and winemaking (and tastings) at numerous quintas nearby. 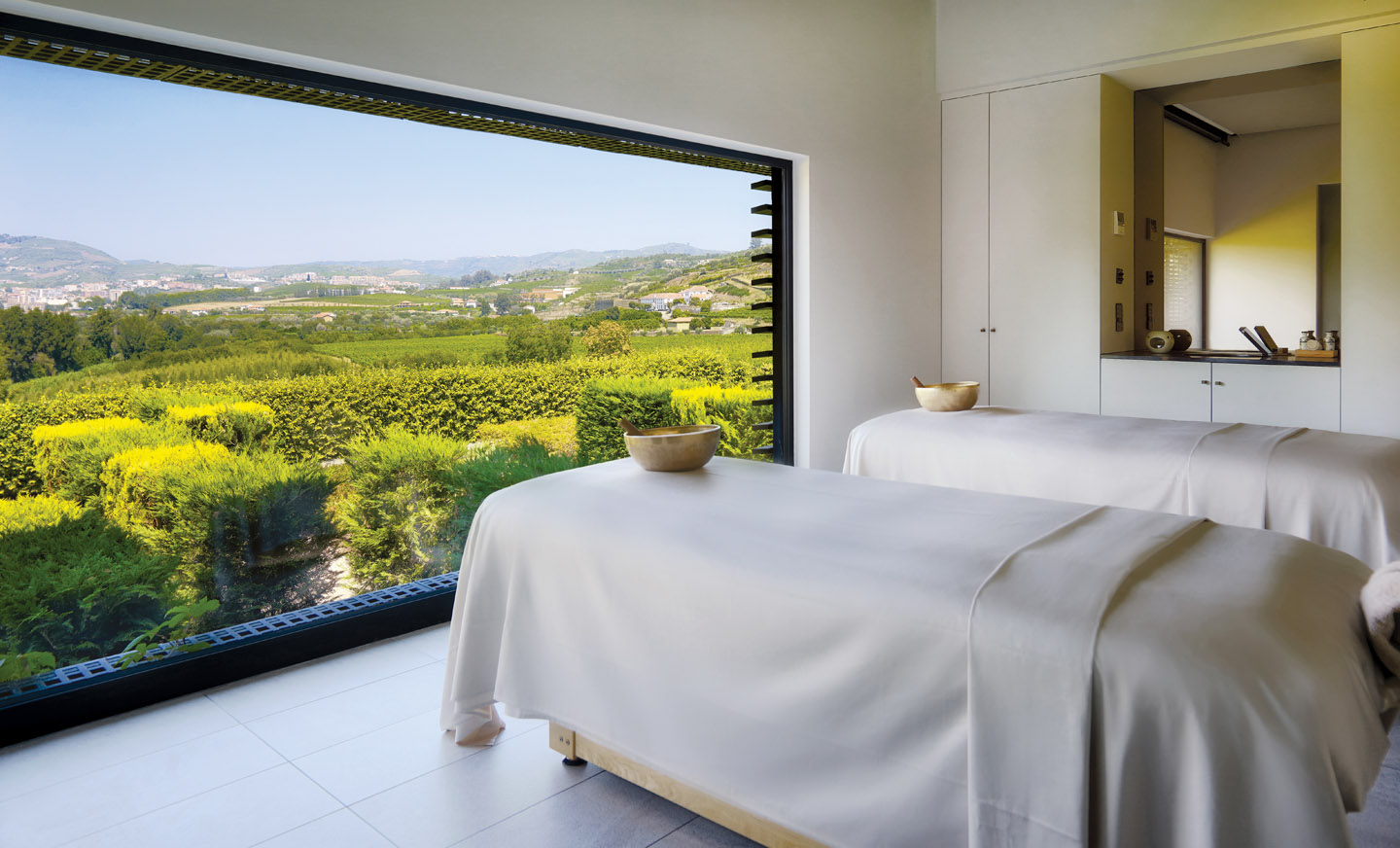 A cobblestone drive away is Niepoort’s Quinta de Napoles, famous for its wine, port and environmentally sensitive building that blends into its setting. Even closer is the Quinta da Pacheca, which now offers visitors a five-star stay in what was once the founding family’s home. In September, guests can get right into the winemaking experience by helping pick and stomp the grapes. At Quinta do Bomfim, serious oenophiles can visit the birthplace of two renowned ports, including the 2007 Dow’s, the only vintage port in the 21st century to garner a perfect score of 100 points in the Wine Spectator magazine. Over at Quinta do Crasto, guests will want to take a dip in the glorious infinity pool, which overlooks the vineyard and river, and was designed by Pritzker prize – winning architect Eduardo Souto de Moura.

If a day of wine tastings has tired you out, you can opt to stay close to home and enjoy a tasting and lecture in the wine library, courtesy of the resort’s very own enthusiastic sommelier, João Ferreira.

At the day’s end, you can then drift off to sleep, content in knowledge that all your senses were stimulated in a very special place.

By Andrea Janus – *This article originally appeared in INSIGHT: The Art of Living | Winter 2017

How to Start an Art Collection: Advice from Philanthropist Joseph Segal

How to Start an Art Collecti...

An Interview with Designer &...