With over 300 years of history, the Chaudière-Appalaches region of Quebec is rich in Canadian lore and legacy. In many areas, heritage manors, mills and seigniorial homes stand testament to the workmanship of past generations, and several villages along the shores of Lotbinière, Bellechasse and Côte-du-Sud -- like Lotbinière, Saint-Antoine-de-Tilly, Saint-Michel, Saint-Vallier and L'Islet — are considered among the most beautiful in all of Quebec

Bordered by the St. Lawrence River, and named after the nearby Chaudière River and the Appalachian Mountains, the Chaudière-Appalaches region of Quebec is composed of nine regional county municipalities and 136 municipalities.

Every corner of the region yields architectural and cultural gems, each marking a unique period in the region’s three centuries of history — from the French colonization in the 17th century, to the granting of the first seigniories, to the founding of the picturesque villages along the shores of Lotbinière, Bellechasse and Côte-du-Sud. These are communities that experience day-to-day what visitors come from afar to see — the St. Lawrence River flowing alongside fertile valleys, maple sugar bushes that burst into spectacular autumn colours, forest trails in vast parks including the Parc national de Frontenac and the Parc régional des Appalaches, and friendly, welcoming neighbourhoods.

Whether it’s an executive home in Levis, or a heritage home, cottage or estate for your rural escape, a plethora of Chaudière-Appalaches real estate is available in a range of architectural styles and communities. 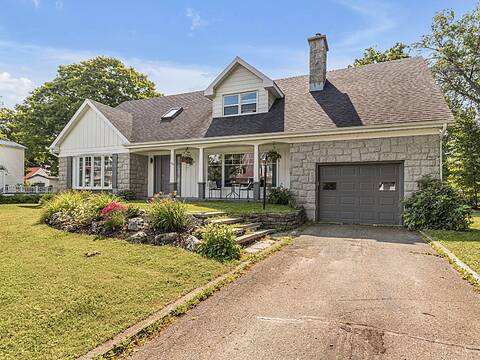